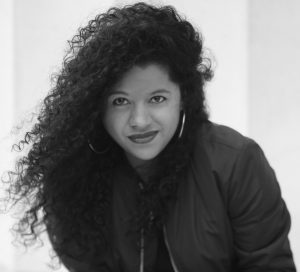 The Puerto Rican composer Johanny Navarro was born on October 19, 1992. In the year 2010 Navarro joined the Composition and Theory Department of the Music Conservatory of Puerto Rico, under the tutelage of Professor Armando L. Ramírez. She obtained her Bachelor in Music Composition in May 2015 as a valedictorian of her class. That same year, Johanny was admitted in The Catholic University of America where she coursed graduated studies in Stage Music Composition with Dr. Andrew Simpson and Dr. Robert Baker.

The Afro-Caribbean influences are Navarro’s cultural inspiration and are especially present in her musical aesthetic. Her music has been performed in Puerto Rico, Cuba, Mexico, United States, France, Italy, and Spain.

The works of Johanny Navarro are published principally by Cayambis Music Press.